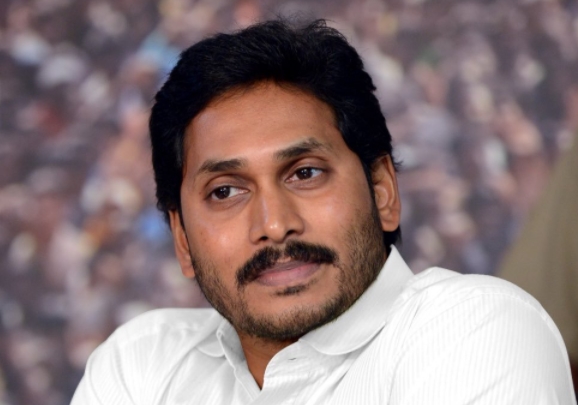 Y.S.Jagan Mohan Reddy also known as Y.S.Jagan,is a famous Indian Politician. 17th and current Chief Minister of Andhra Pradesh beginning around 2019.JaganMohanReddy started his Political career by campaigning for the IndianNationalCongress in the 2004 Andhra Pradesh state elections in Kadapa district. He was elected as member of Parliament from Kadapa constituency as a member of the Indian National Congress in the 2009 Indian general election. After his father Rajasekhar Reddy’s sudden death,his popular Odarpu yatra, a consoling tour for the people,led him to form YSR Congress Party in 2011.He led the Party to several victories at both the state and National levels.His party won in the 2019 Andhra Pradesh legislative assembly election with 151 seats of the total 175 seats,one of the landslide victories in the history of Andhra Pradesh.
Born:Yeduguri Sandinti JaganMohanReddy 21December 1972
Jammalamadugu,Andhra Pradesh,India.
Political party:YSR Congress Party (YSRCP)
Other Political affiliations:Indian National Congress (until 2011)
Spouse:Y.S.Bharathi Reddy (married 1996)
Children:2
Harsha (daughter)
Varsha(daughter)
Mother:Y.S.Vijayamma
Father:Y.S.Rajasekhar Reddy
Resident:Tadepalli,Guntur District Andhra Pradesh,India.
Early life:Jagan Mohan Reddy was born on 21December 1972 in Jammalamadugu in Kadapa district of Andhra Pradesh to Y.S.RajaSekharReddy and Y.S.Vijayamma.He studied at the Hyderabad Public School up to 12th grade. He graduated with a Bachelor of Commerce degree. He has a younger sister,Y.S.Sharmila,who is also a politician.
JaganMohanReddy married Bharathi Reddy on 28 August 1996.The couple has two daughters.

Political Career : Jagan Mohan Reddy’s father Y.S.Rajasekhara Reddy,popularly known as YSR,was a two time chief minister of Andhra Pradesh,serving from 2004 to 2009.He started his political career campaigning for Indian National Congress during the 2004 elections in Kadapa district.In 2009,he was elected as Memer of parliament from Kadapa Lok Sabha Constituency.

Following the death of his father in september 2009,he started efforts to take up the political legacy left by his father.The majority of the legislators favored him to be appointed as the Chief Minister,but his choice was not approved by party leaders Sonia and Rahul Gandhi.

Six months after his father’s death,he began an Odarpu yatra(condolence tour),as promised earlier,to go and meet the families of those alleged to have either committed suicide or suffered I’ll health on the news of his father’s death.The Congress party’s central leadership directed him to call off his Odarpu yatra,an order which he defied leading to a fallout between the high command and himself.He went ahead with the yatra,stating that it was a personal matter.

2010-2014 : Founding of YSR Congress Party.
Following the fallout with the congress party high command,on 29 November 2010,he resigned from Kadapa Lok Sabha Constituency and has also quit the party.His mother,vijayamma,has also resigned from Pulivendula Assembly Constituency and has quit the party as well.He announced on 7 December 2010 from Pulivendula that he would be starting a new party within 45 days.In March 2011,he announced that he would launch the new party,named YSR Congess Party,at Jaggampeta of East Godavari district.Later,his Party went to by polls in YSR Kadapa district and won almost all the seats with a huge majority.Reddy,as the president of YSR Congress,faced by-election from the Kadapa Constituency and won by a large margin of 545,043 votes.His mother has also won the Pulivendula Assembly Constituency by 85,193 votes against Y.S Vivekananda Reddy.

As a leader of the opposition in Assembly and YSR Congress Party’s President,Reddy launched his 3,000-km-long walkathon named Praja Sankalpa Yatra,popularly called Padayatra,on 6 November 2017 at Idupulapaya in Kadapa district.YSR Congress party coined a slogan
“Raavali Jagan,Kaavali Jagan” for the foot march that took him across 125 Assembly segments all over the state in 450 days and ended on 9 January 2019.Reddy while boarding a flight to Hyderabad was attacked with a cock fighting knife in VIP Lounge of Vishakapatnam Airport on 25 October 2018.He received a lacerated injury on his shoulder and had to undergo a surgery.

2019-Present:Chief Minister:
In the 2019 National and state election held in April and May 2019,YSR Congress Party swept the polls and won 151of the total 175 assembly seats and 22 of the 25 Loksabha seats in Andhra Pradesh. He took Oath as the Chief Minister on 30May 2019.His chief ministership has been marked by a slew of welfare schemes such as Jagananna Amma vadi,Nava ratnalu.Nava ratnalu is a collection of nine welfare schemes covering farmers,women,medical and health,education and Special category status.